I had I great time performing in Timmins with the Timmins Symphony Orchestra in April. Then right off to New Orleans for the French Quarter Festival to perform with the Happy Pals and co. Also a grrreeat time! 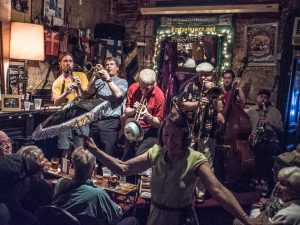 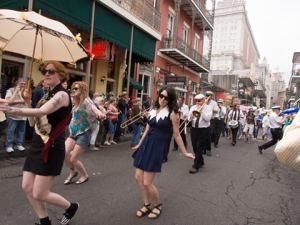 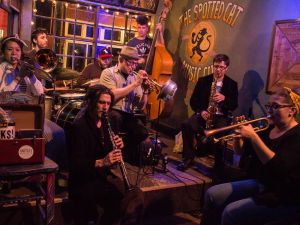 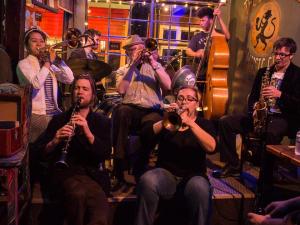 Next up a summer full of touring across Canada with Lemon Bucket Orkestra and Jaron Freeman-Fox and The Opposite of Everything. Here’s what it’s looking like –

Wow! The Lemon Bucket Orkestra has been nominated for a Juno Award for our album “Lume, Lume”!

Yesterday I played some morning time gypsy jazz at Wychwood Barns Market with Adrian Gross before heading down to C’est What to play 3 afternoon sets with The Boxcar Boys. Today I just finished rehearsing original fiddle and clarinet duo music with Emilyn Stam. We plan to record in February. Tonight I head off to the TRANZAC club to sing with Press Gang Mutiny (a capella sea shanties and other songs) and to play with an 8 piece folk-swing-bluegrass-ragtime band Kickback Jimmy. In the meantime I have a few hours to work on Mozart’s clarinet concerto, which I will be performing with the Timmins Symphony Orchestra on April 5th. I’ll also be performing that same piece in Toronto (with Emilyn Stam on piano) on March 27th – part of a double-bill with Chelsea Schanoff, a good friend and an amazing saxophone player (Details to come). After the Timmins Symphony performance it’ll be time to focus on balkan-gyspy-klezmer-party band Lemon Bucket Orkestra, with big plans for Spring and Summer time. Here’s a video of our 2013 Eastern Europe tour that fills me with nostalgia (and anticipation)! …Exciting times all around!

Our first stop on Friday was a bar show, Divan Orange, Montreal, to open for a couple of great bands Bad Uncle and Street Meat, both of which feature our pal Eli Richards on Trombone.

Our Saturday stop was Carol and Leonard’s home by Kingston. A sold-out and intimate audience. House concerts are one of my favourite types of performances and it sure feels great to play for an audience that is REALLY listening! 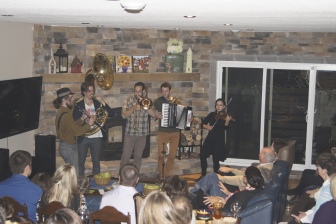 Next up: a Sunday matinee in Killaloe, hosted by our friend from Blue Skies Music Festival, Robbie Anderman. This one was a potluck. What a nice community there is in Killaloe! All the children (and co.) danced like crazy through both our sets!

It’s certainly a warm feeling to be welcomed into communities when we travel, perform for such enthusiastic crowds, and meet lots of new friends.

Thanks kindly to all the generous folks who helped us along the way this weekend! 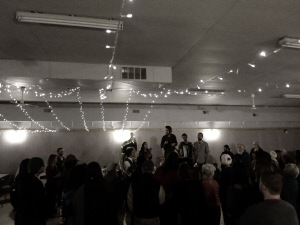 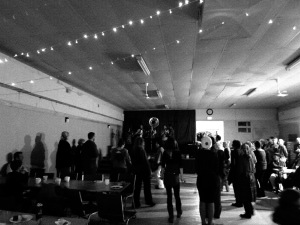 Exciting news! Some albums I play on are up for Canadian Folk Music Awards.

The Boxcar Boys are nominated for Instrumental Group of the Year for Rye Whiskey. Jaron Freeman-Fox and the Opposite of Everything (for the self-titled album) and the Lemon Bucket Orkestra (for Lume, Lume) have both received nominations in 4 categorys.

And lots of other great artists and friends are also up for awards! Check out www.folkawards.ca!

Fresh back from a 3 week tour of Czech Republic, Slovakia, Romania, Ukraine, and Serbia. A highlight for me was meeting Taraf de la Marsa, a fantastic Romanian band. Here’s a pic of their brilliant clarinet player serenading Stephania, our dancer. 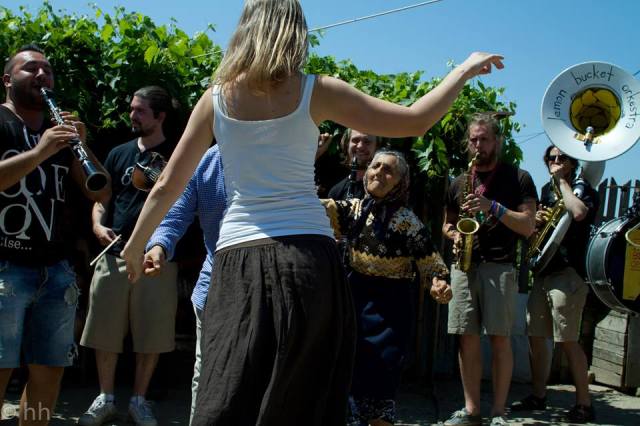 And some pics from Slovakia, at the Pahoda Festival: 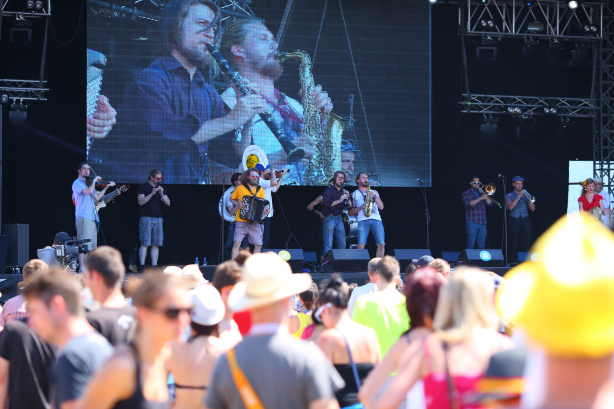 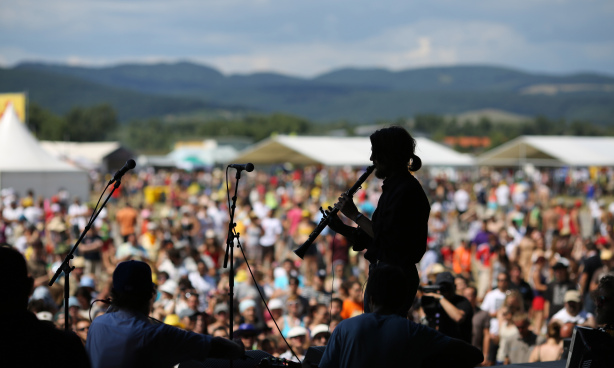 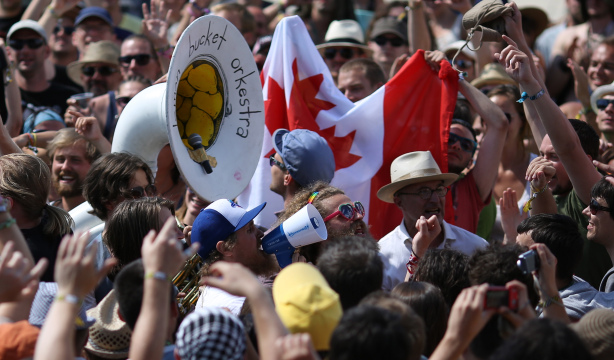 and at our afternoon show in the lovely town of Trencin: 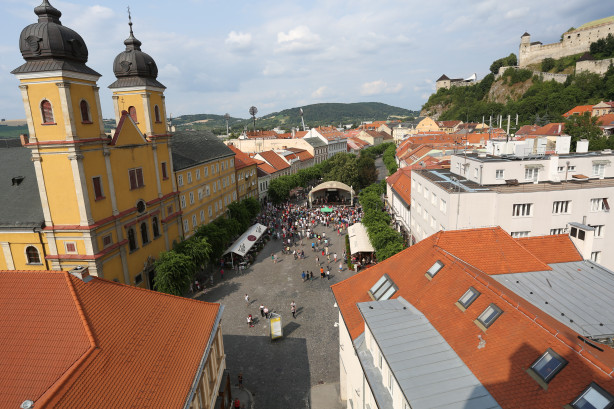 Some pictures from a real fun show with The Slocan Ramblers on May 17th at the Tranzac: 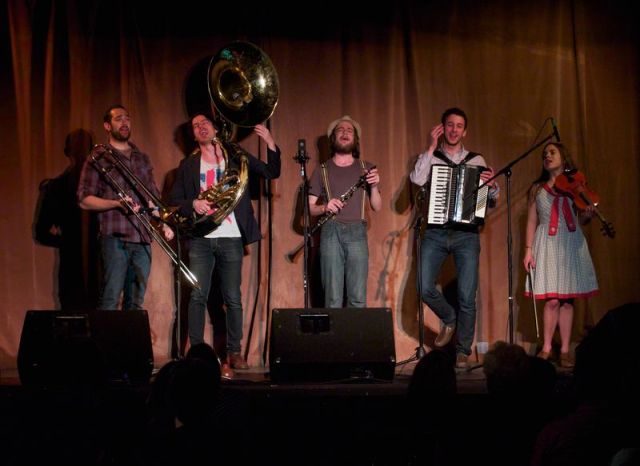 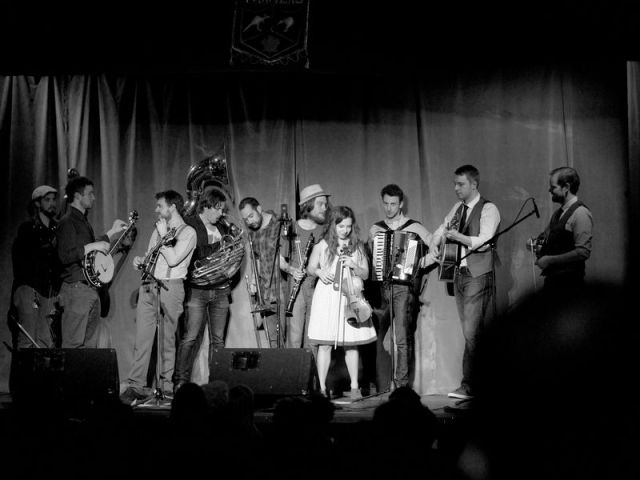 Here’s what I’ve been up to for the past month:

I went on a lil theater/house concert tour (shows in Kingston, Perth, Ottawa, and Montreal) with Jaron Freeman-Fox and the opposite of everything. 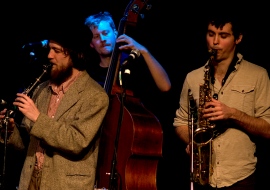 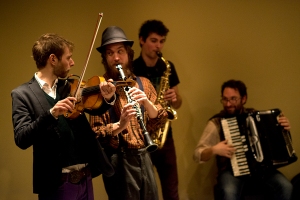 And then I headed off to British Columbia and performed some shows in Prince Rupert, Prince George and Smithers with Emilyn Stam. Here’s some pics from Prince Rupert: 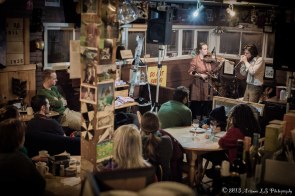 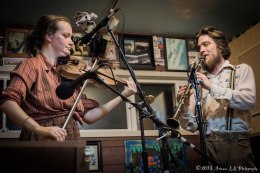 Check out the Boxcar Boys’ new video.. part of the southern souls series.. a really great series of live clips from all sorts of great artists around Ontario.. filmed and edited by Mitch Fillion.

THE BOXCAR BOYS – Mugg’s Island / You Are My Sunshine from Southern Souls on Vimeo.